When Terran humans emerged from Ice-Age hunter/gatherers into settlements and villages, High Priestess, Astra, from the Alliance planet, Wyrix had a terrifying vision of the future. Thousands of years of peace and all that was dear to the members of the Interplanetary Alliance would be destroyed. Early Terrans had been manipulated then abandoned by an alien race looking to create slaves. They failed This left the Terrans, trapped in a tribal mindset, too easily swayed by fear and greed. This had to be remedied before the people of Terra developed the technology and science to venture into space, where they would rip through the galactic sector, conquering worlds, and leaving only smoke and rubble behind.

The Gods of Arkhon, Book One follows two generations of extraordinary people from the Interplanetary Alliance who develop a Grand Plan to prevent Astra’s horrible vision from coming to pass.These are Star People and Ancient Astronauts of myth—the brave souls who reincarnate again and again on Terra to prevent the prophecy of interstellar war and destruction. Their mission is to guide Terrans toward a future where peace and compassion govern—before they venture into deep space.The Gods of Arkhon series tells of love, fear, danger, magic, and heroics that play out on distant planets and on Terra’s ancient Neolithic times, in Eastern Europe and Turkey, in Pre-Columbian America’s Southwest, in ancient Egypt, and into the present.Book One is told from the hearts and emotions of the people who gave their all, so the humans of Terra can become what they were meant to be—powerful, wise, and peaceful. 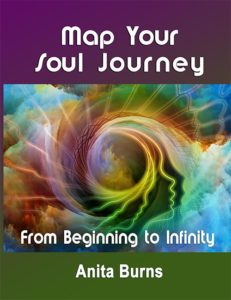 In the early 1980s, I was at a crossroads in spiritual growth, with more questions than answers. While visiting a local New Age bookstore, I tripped on something. As I grabbed the bookshelf to steady myself, a book fell right onto my head! That book was Messages from Michael, by Chelsea Quinn Yarbro. From the very first page I knew this would be an important book. At last, here was an explanation of our soul’s journey from beginning to end in a system that made sense. Even though some of the information flew in the face of my long-held and cherished beliefs. I put them on a mental shelf as “possibly I was wrong” and continued studying.

Michael’s system can be complex, but it flows in a logical way that builds layer upon layer in a way that makes everything come together in a homogenous, beautiful way. A few years later, I became a trance channel for Light Beings, Johar and Simon who agree that the Michael teachings are mostly accurate.

Johar says Light Beings are evolved spiritual entities who have completed their cycles of birth and death in the material world and united with the sparks in their soul group. Each spark retains the memory of being an individual, but operates mostly out of the expanded mind of the group. They channel through humans in order to teach, enlighten, heal, and also for their own continued growth through service.

The material in this book was channeled by Johar and Simon over many years. Some of it is material that varies in a bit from what Michael brought through. It doesn’t contradict, but the descriptions may be more simply put. For example, Johar and Simon call the Roles in Essence (Michael’s term), Rays in Essence because the roles are in connected to the 7 Rays, a concept that has been around since the 6th Century BCE, and taught by the Theosophical Society since the late nineteenth century.

One of the most popular books on the subject is The Seven Human Temperaments by Geoffry Hodson, published in 1952. Although most of the information in this book came from my channeling, I have included some of Michael’s teachings directly. too. I read Messages from Michael several times before gaining a glimmer of understanding about how it all fit together. Now, with the help of Johar and Simon, it all falls into place for me in a cohesive way. This body of work is here to support Michael’s teachings and to help bring the message more into the world than ever. Again I would like to remind you that this book is NOT the original Michael Teachings, but based on his teachings brought forth from Johar and Simon. 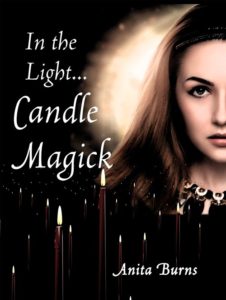 This amazing book takes you through how to effectively use the age-old art of Candle Magick without the clutter and rubble of outdated Medieval or Christianized additions that were added by practitioners seeking to distance themselves from superstitious beliefs about pagan and Wicca being evil or of the devil. The model approach for “white” magick uses the neopagan motto of DO NO HARM. You will learn about the Wheel of the Year celebrations, rituals and spells for protection, love, and self improvement. Step by step discussion of altars, candles, oils, symbols, seals, garb, and so much more. °°Candle Magick is the root of the ever-popular but often ineffective “Secret.” But Candle Magick has so much more that makes it more powerful and successful. So, give it a read. Have fun and change your life with the simple methods using candles, oils, herbs, and the spoken word. It’s beautiful, delightful, and fills us with joy. 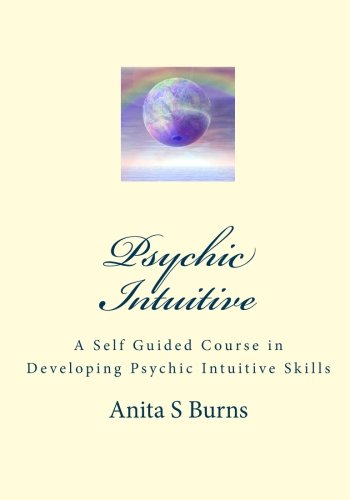