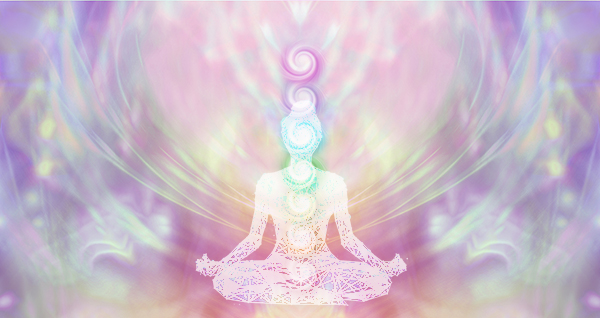 What are Dark Forces?
Sometimes they are called "Psychic Attack," "Curses," "Spirit Attachments," "Energy Vampires," or "Evil Energies." They include a lot of dangerous things. Are they real?

As ancient wisdom says, "Everything has a balancer." Light has darkness, good has evil. Yin has Yang. Duality runs the universe. Not all duality is dangerous or harmful but some of it is.

Are helpless against Dark Forces? No! By strengthening our connection to Light, we weaken our vulnerability to the Darkness. This workshop is designed to help you do just that.

Most Health Care Professionals aren't trained to think of a metaphysical or spirit origin for symptoms, so medication or other techniques are often prescribed for something that is actually a Dark Force influence that mimics real, physical illness or crisis.

Medications are meant to change the chemistry of the body for things like depression, anxiety, fatigue, or other symptoms of illness. That's one of the wonders of our modern world--we are no longer in danger of dying from many diseases that plagued our ancestors....BUT if Dark Forces are the cause, the medication will be ineffective.

In my work as a spiritual coach and therapist, I have seen so many people who were having mysterious symptoms that were puzzling to medical professionals that, turned out to be caused by Dark Forces. When spiritual methods are applied, the problem disappeared.

IMPORTANT: Always rule out medical causes for any of the symptoms first. You will learn about in this workshop. Spiritual practices to eliminate Dark Forces will NOT cure a medical problem will often help the medication or treatment work better because it is not fighting against the Dark Forces draining your vitality.

Where do Dark Forces come from?
These attacks can come from people--both intentionally and unintentionally; from benign spirits who don't know they are harming us; or from dark spirit entities who intentionally damage our body, mind, and emotions for their own "twisted" reasons.

When we are under Dark Forces attack and do nothing about it, we move into a vicious cycle of continually worsening physical and mental health. We attract obstacles, negative people, and damaging situations into our life. Life just keeps sliding downhill.

From energy vampires, to evil, soulless entities, we are in the midst of danger at every turn unless we know how to PREVENT and REPEL these attacks.

This workshop will show you how to use simple tools and practices to be safe and free of the rampant problem that so few even know about.

Dark Forces are real but preventable and solvable.

Don't be a victim. Learn how to defend yourself against the Dark Forces.

Hint:
---White Light doesn't work! Find out why and how to use light in a different way that DOES work.
---Angels are here for us but they have to be called on. Not all angels work in the same way.
---Ancient practices that have been forgotten or shrouded in enigmatic complexities DO work and can be simplified to unlock their power.

This could be one of the most important workshops you will ever be a part of. Making clear, what Dark Forces are, how they work, and what we can do about them will change your life.

You get more than just information about the dangers of Dark Forces--you get REAL, hands-on, effective ways to rid yourself of them and to protect yourself from them.